[A sannyasin said that he had been living under a tree in Goa for five years, until he fell in love with a woman and tried to settle down with her, but has been too much for him. When they are apart he loves her; when they are together it is heavy.]
Osho – This is the old story! Love is an old story. Nothing is new in it – it is always the old and the same pattern, and everybody repeats the same thing. Nothing new ever happens in love; it is just a rut… A few things to be understood….
One: love is always beautiful in the beginning, very rarely beautiful in the middle, and almost never beautiful in the end; that’s the whole process of love. So there are two ways: one is to go on changing the partner. Each time you think that the beginning is ending, change immediately. That is one way, and is what the west is doing. The moment you feel that the love is no more the same as it used to be, that the honeymoon is over, you change the partner. Then again you are at the beginning and you can go on changing… but you never grow like that.
The East has another trick: get married to a person with whom you are not in love. Then there will be no bad ending because there is no beginning: it is just finished from the very beginning, it has ended before it begins. That’s what the East has done… but both the eastern and western ways are meaningless. The third possibility – and this is my suggestion – is to be in love but not to start thinking of marriage. That’s what you did – you started thinking of making a home; then you are getting into trouble, the old rut.
Be in love as birds and animals are in love. Be in love but don’t start thinking of settling. Settling is very unsettling, because once you start settling the romance is over. The ordinary life is so heavy that it crushes the flower of romance and kills it. Once you start settling, small things become very important and love becomes secondary.
How to manage for money and where to purchase a house and how to manage for furniture, and these things become more important, and love becomes secondary. These things are infinite – the list is long – and love comes only in the end and so it never comes! By the time you are finished with the house and the money and the furniture, you are falling asleep.
By and by you completely forget that you were trying to make this house to love this woman. So don’t do that again – remember it! Always keep a distance between the person you love and yourself. There is no need to settle: settling means that you start taking the other for granted. That is the meaning of being a wife and a husband: the other is taken for granted.
You are only lovers if you don’t take the other for granted. Being in love means you have to seduce the other person every day: you cannot take him for granted, you don’t have any property right, you will have to persuade the other, so the cooing continues. And that’s what love is. Once things have settled and you know that you possess the woman and the woman knows that she possesses you, then through that possessiveness all sorts of jealousies, anger, hatred, fight and nastiness arise.
Then you will start repeating the pattern that you have learned from your parents and she has learned from her parents. Remember one thing: you don’t know what your mother did when she fell in love, you don’t know what your father did when he fell in love, but you know what they did when they were settled. You know them as wife and husband, you have not known them as lovers. This is something very important to understand.
You cannot repeat anything when you are a lover, but when you become a husband or a wife and a householder, then you know. And you have only one programme, your mind is programmed…. Friendship is always good. It is more civilised than love, mm ? And you are an ancient sannyasin, not a new one, mm?… … So it will be very difficult for you.
[The sannyasin answers: That’s why I was clinging so much. She was the only female that I could come close to in this life time.]
That happens to ascetic people, mm? They get starved and worked up, then one day suddenly they start clinging to a woman. They can cling too much and that can destroy the whole thing. Just continue to be yourself, the way you used to be… and remember one thing: she fell in love with you who was sitting under a tree and meditating.
She never fell in love with a man who was under a roof. Mm? – when you are under a roof you are another man, she is no more in love with you. Always remember that! She had fallen in love with a vagabond and then you start settling. … Start living in Goa under some tree and [she] will be in love again!
Women are always attracted to an ascetic person rather than to householders. So start being in samadhi again … and you can watch out of the corner of the eye whether [she] is coming, mm? Little holidays are good; but basically you are an ascetic person, so remain that way!
Source: from Osho Book “This is It” 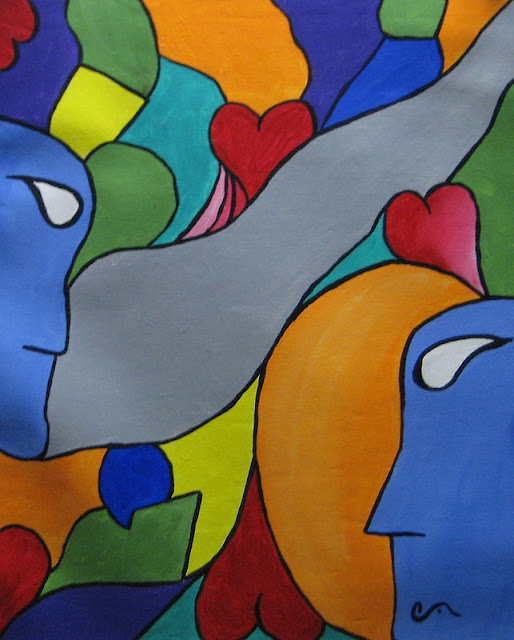