The individual has always had to struggle to keep from being overwhelmed by the tribe. If you try it, you will be lonely often, and sometimes frightened. But no price is too high to pay for the privilege of owning yourself. 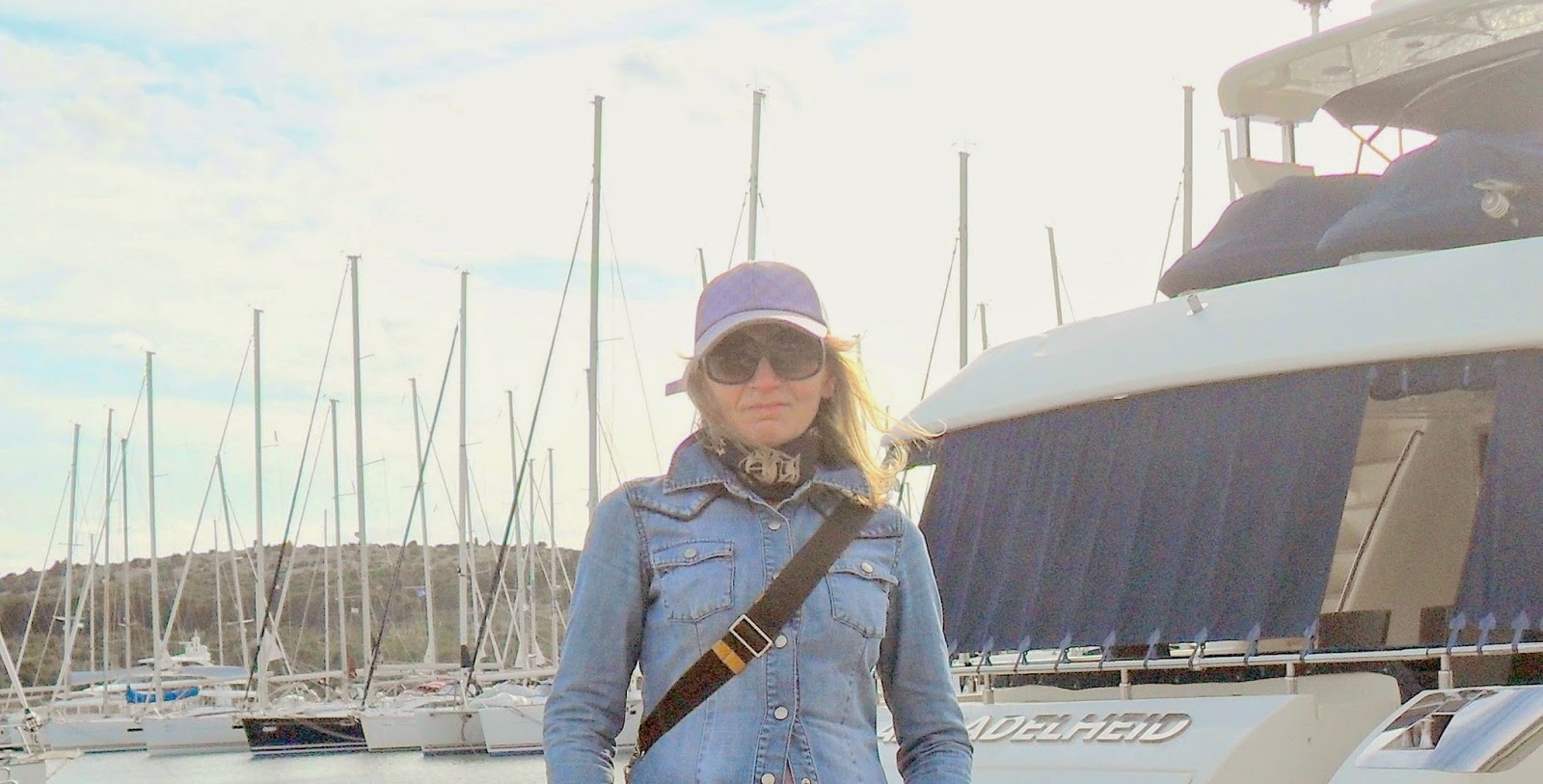 Posted by Sanda at 16:27 No comments: Links to this post

SAYING NOTHING ABOUT LOVE
How would I describe love? I decided to give you one of the meditations I’m writing in a new book of mine. I’ll read it to you slowly; you meditate on it as we go along, because I’ve got it put down in short form here so I can get it done in three or four minutes; otherwise it would take me half an hour. It’s a comment on a gospel sentence. I had been thinking of another reflection, from Plato: “One cannot make a slave of a free person, for a free person is free even in prison.” It’s like another gospel sentence: “If a person makes you go one mile, go two.” You may think you’ve made a slave out of me by putting a load on my back, but you haven’t. If a person is trying to change external reality by being out of prison in order to be free, he is a prisoner indeed, Freedom lies not in external circumstances; freedom resides in the heart. When you have attained wisdom, who can enslave you? Anyhow, listen to the gospel sentence I had in mind earlier: “He sent the people away, and after doing that he went up to the mountain to pray alone. It grew late and he was there all by himself.” That’s what love is all about. Has it ever occurred to you that you can only love when you are alone? What does it mean to love? It means to see a person, a situation, a thing as it really is, not as you imagine it to be. And to give it the response it deserves. You can hardly be said to love what you do not even see. And what prevents us from seeing? Our conditioning. Our concepts, our categories, our prejudices, our projections, the labels that we have drawn from our cultures and our past experiences. Seeing is the most arduous thing that a human can undertake, for it calls for a disciplined, alert mind. But most people would much rather lapse into mental laziness than take the trouble to see each person, each thing in its present moment of freshness.
Anthony de Mello 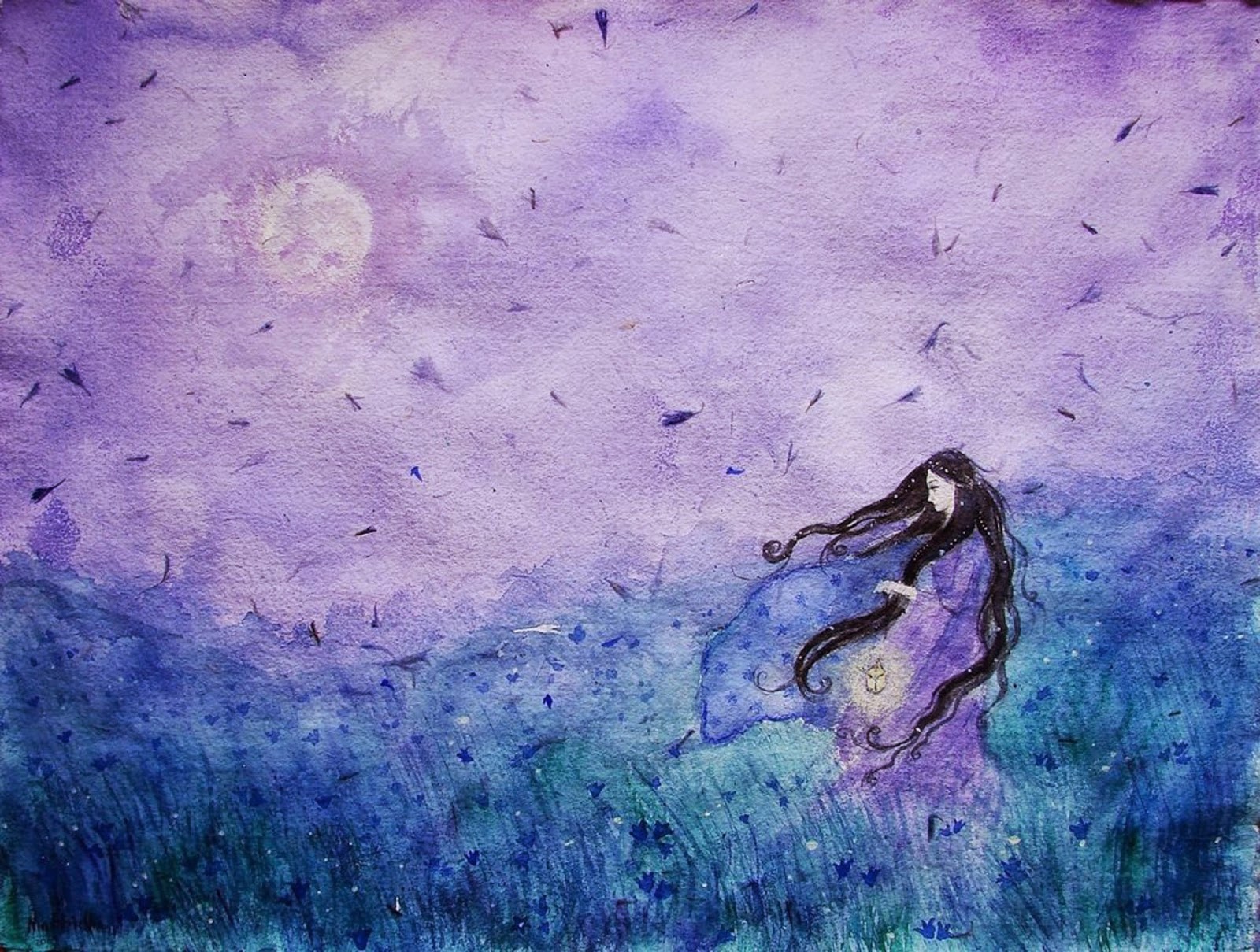 Posted by Sanda at 22:00 No comments: Links to this post

We don't realize that, somewhere within us all, there does exist a supreme self who is eternally at peace. 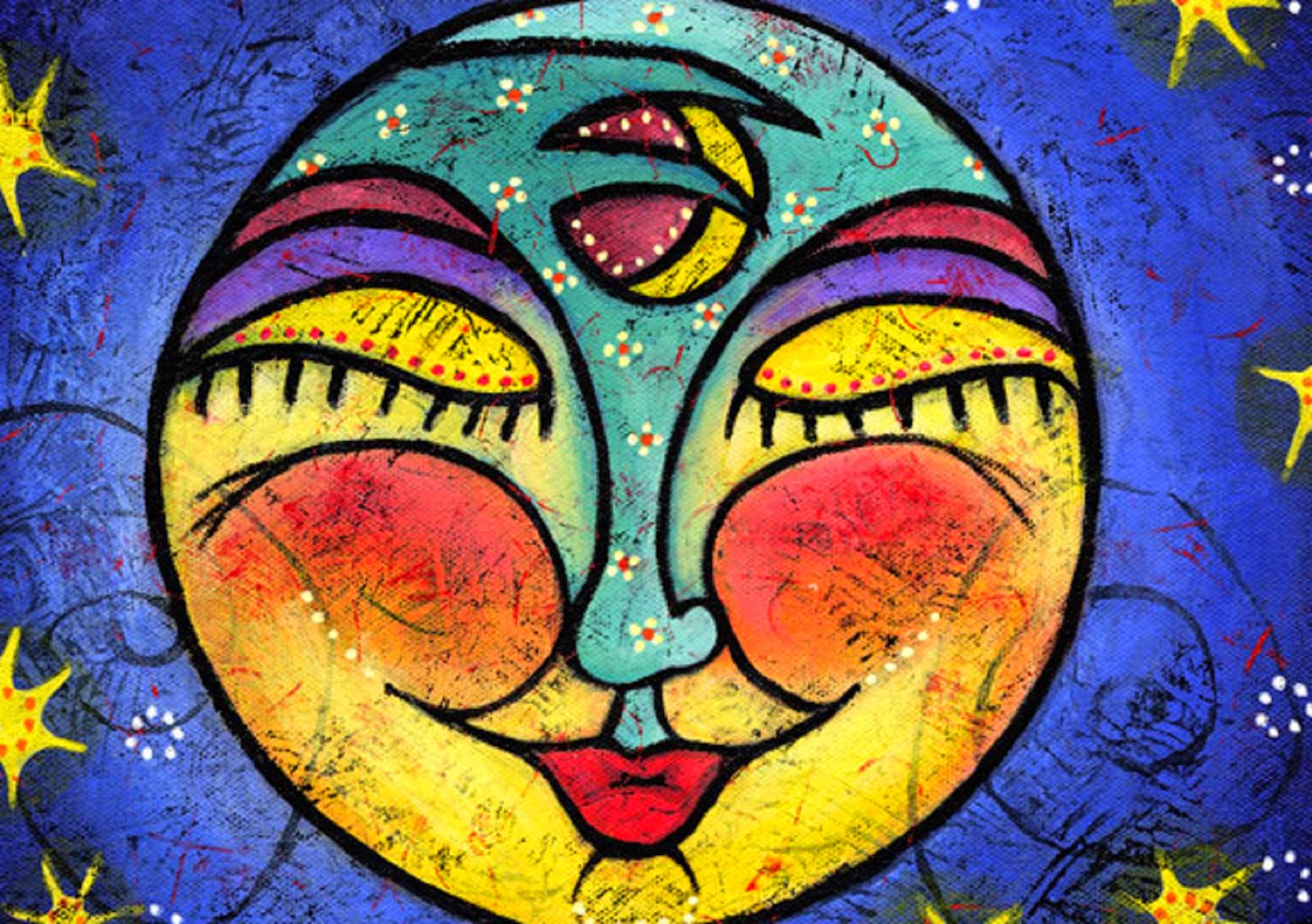 Posted by Sanda at 17:33 No comments: Links to this post


Peace is life. Love is life. No river holds a grudge against a rock in its path. No leaf refuses to blow in the breeze. No plant denies water or sunshine. We, as human beings, have the gift of self-awareness, but this gift quickly turns to self-destruction if we do not learn to use it. We must learn to turn our minds towards the peace and love that we are flowing within at any given moment. This is the key to serenity. This is The Love Mindset. 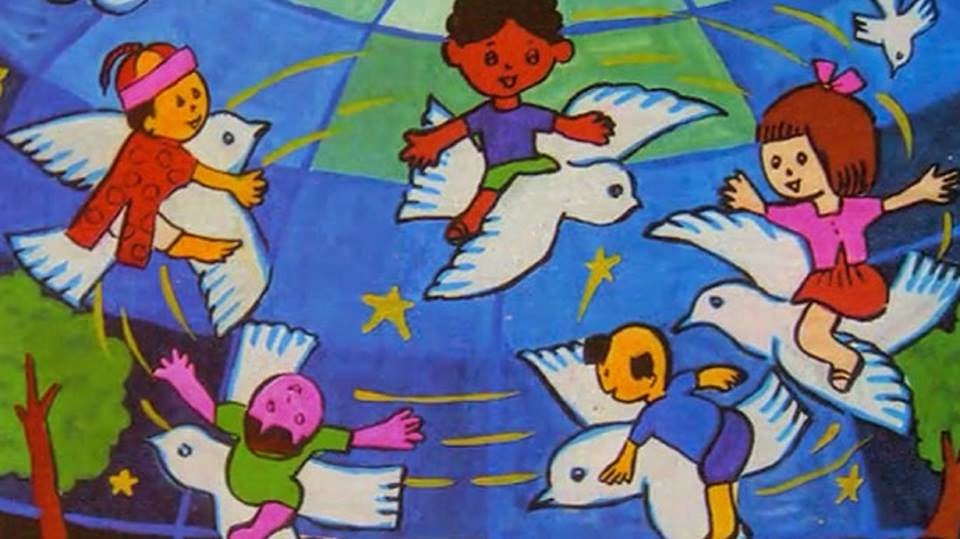 Posted by Sanda at 17:22 No comments: Links to this post


Have little,
Need less:
This is the way
To inner peace.

Surrender is a journey
From the outer turmoil
To the inner peace. 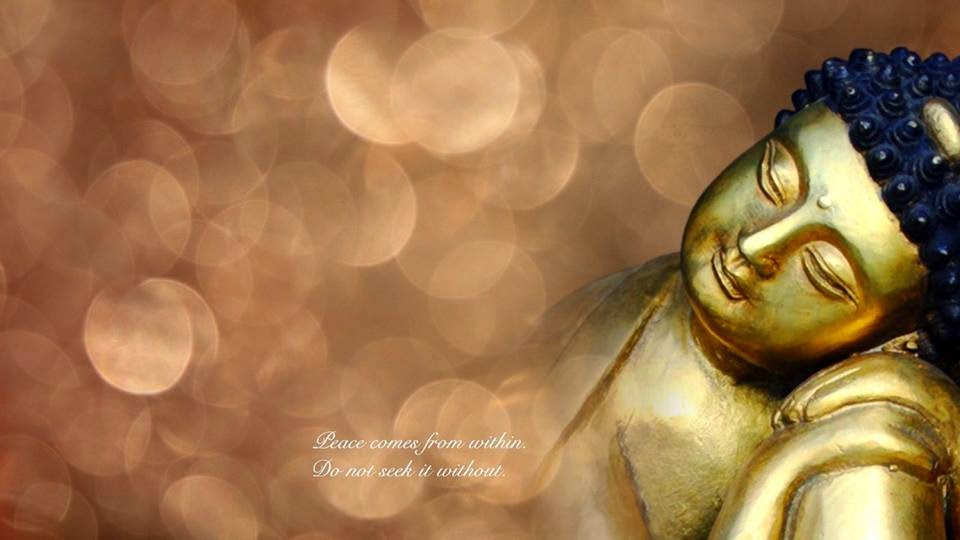 Posted by Sanda at 17:10 No comments: Links to this post

So through endless twilights I dreamed and waited, though I knew not what I waited for. Then in the shadowy solitude my longing for light grew so frantic that I could rest no more, and I lifted entreating hands to the single black ruined tower that reached above the forest into the unknown outer sky. And at last I resolved to scale that tower, fall through I might; since it were better to glimpse the sky and perish, than to live without even beholding day. 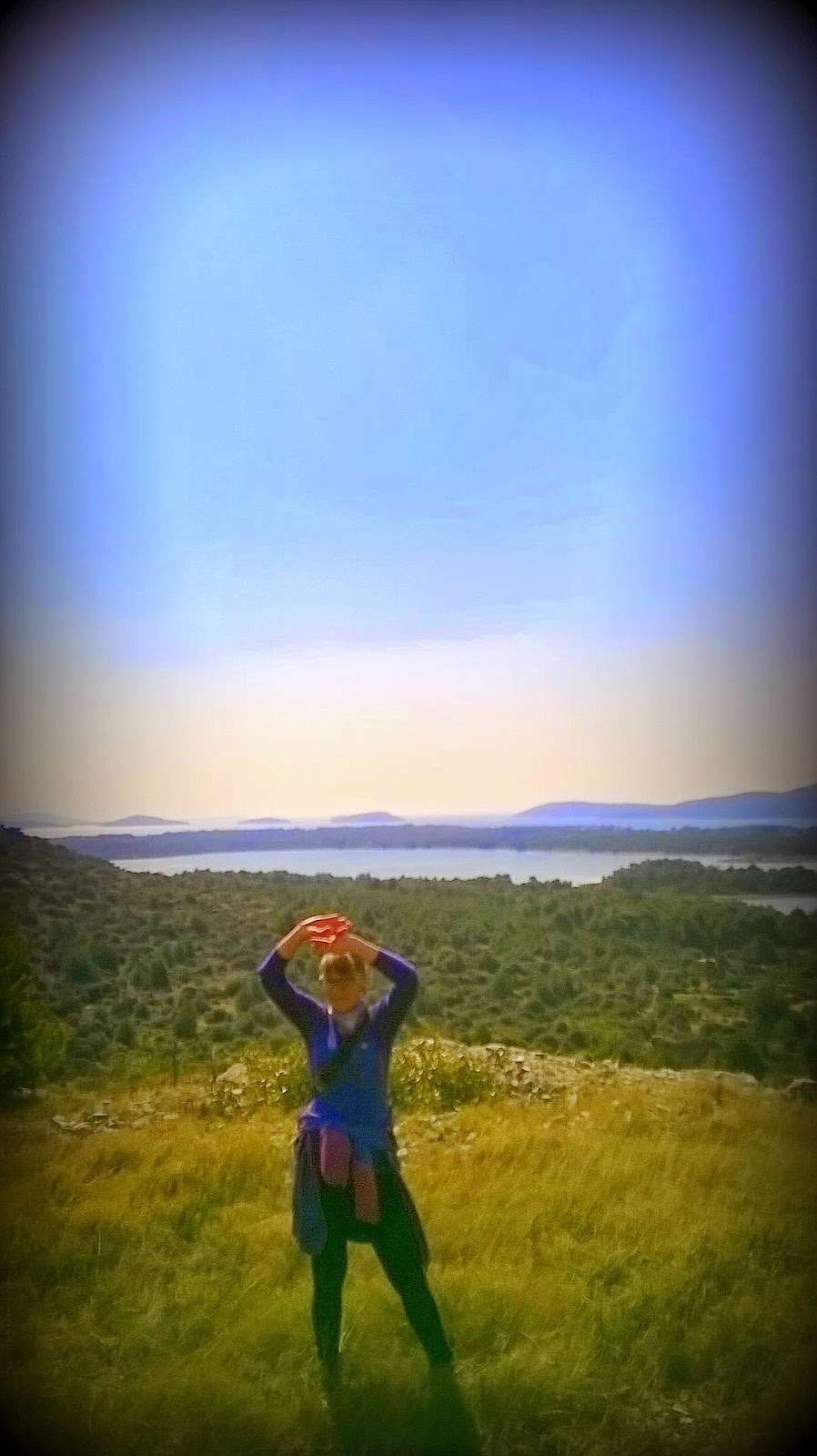 Posted by Sanda at 22:44 No comments: Links to this post

Where there is beauty, there is ugliness.
When something is right,
Something else is wrong.
Knowledge and ignorance
Depend on each other.
It has been like this since the beginning.
How could it be otherwise now?
Wanting to chuck out one
And hold onto the other
Makes for a ridiculous comedy.
You must still deal with everything
Ever-changing,
Even when you say it’s wonderful. 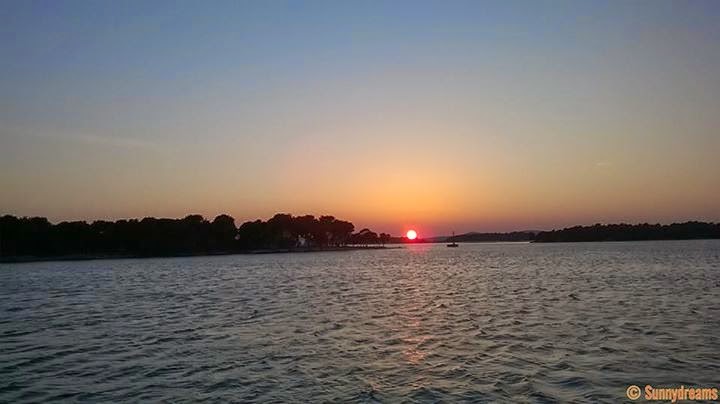 Posted by Sanda at 23:03 No comments: Links to this post

Email ThisBlogThis!Share to TwitterShare to FacebookShare to Pinterest
I’ve often said to people that the way to really live is to die. The passport to living is to imagine yourself in your grave. Imagine that you’re lying in your coffin. Any posture you like. In India we put them in cross-legged. Sometimes they’re carried that way to the burning ground. Sometimes, though, they’re lying flat. So imagine you’re lying flat and you’re dead. Now look at your problems from that viewpoint. Changes everything, doesn’t it?
What a lovely, lovely meditation. Do it every day if you have the time. It’s unbelievable, but you’ll come alive. I have a meditation about that in a book of mine, Wellsprings. You see the body decomposing, then bones, then dust. Every time I talk about this, people say, “How disgusting!” But what’s so disgusting about it? It’s reality, for heaven’s sake. But many of you don’t want to see reality. You don’t want to think of death. People don’t live, most of you, you don’t live, you’re just keeping the body alive. That’s not life. You’re not living until it doesn’t matter a tinker’s damn to you whether you live or die. At that point you live. When you’re ready to lose your life, you live it. But if you’re protecting your life, you’re dead. If you’re sitting up there in the attic and I say to you, “Come on down!” and you say, “Oh no, I’ve read about people going down stairs. They slip and they break their necks; it’s too dangerous.” Or I can’t get you to cross the street because you say, “You know how many people get run over when they cross the street?” If I can’t get you to cross a street, how can I get you to cross a continent? And if I can’t get you to peep out of your little narrow beliefs and convictions and look at another world, you’re dead, you’re completely dead; life has passed you by. You’re sitting in your little prison, where you’re frightened; you’re going to lose your God, your religion, your friends, all kinds of things. Life is for the gambler, it really is. That’s what Jesus was saying. Are you ready to risk it? Do you know when you’re ready to risk it? When you’ve discovered that, when you know that this thing that people call life is not really life. People mistakenly think that living is keeping the body alive. So love the thought of death, love it. Go back to it again and again. Think of the loveliness of that corpse, of that skeleton, of those bones crumbling till there’s only a handful of dust. From there on, what a relief, what a relief. Some of you probably don’t know what I’m talking about at this point; you’re too frightened to think of it. But it’s such a relief when you can look back on life from that perspective. Or visit a graveyard. It’s an enormously purifying and beautiful experience. You look at this name and you say, “Gee, he lived so many years ago, two centuries ago; he must have had all the problems that I have, must have had lots of sleepless nights. How crazy, we live for such a short time. An Italian poet said, “We live in a flash of light; evening comes and it is night forever.” It’s only a flash and we waste it. We waste it with our anxiety, our worries, our concerns, our burdens. Now, as you make that meditation, you can just end up with information; but you may end up with awareness. And in that oment of awareness, you are new. At least as long as it lasts. Then you’ll know the difference between information and awareness.

An astronomer friend was recently telling me some of the fundamental things about astronomy. I did not know, until he told me, that when you see the sun, you’re seeing it where it was eight and a half minutes ago, not where it is now. Because it takes a ray of the sun eight and a half minutes to get to us. So you’re not seeing it where it is; it’s now somewhere else. Stars, too, have been sending light to us for hundreds of thousands of years. So when we’re looking at them, they may not be where we’re seeing them; they may be somewhere else. He said that, if we imagine a galaxy, a whole universe, this earth of ours would be lost toward the tail end of the Milky Way; not even in the center. And every one of the stars is a sun and some suns are so big that they could contain the sun and the earth and the distance between them. At a conservative estimate, there are one hundred million galaxies! The universe, as we know it, is expanding at the rate of two million miles a second. I was fascinated listening to all of this, and when I came out of the restaurant where we were eating, I looked up there and I had a different feel, a different perspective on life. That’s awareness. So you can pick all this up as cold fact (and that’s information), or suddenly you get another perspective on life—what are we, what’s this universe, what’s human life? When you get that feel, that’s what I mean when I speak of awareness. 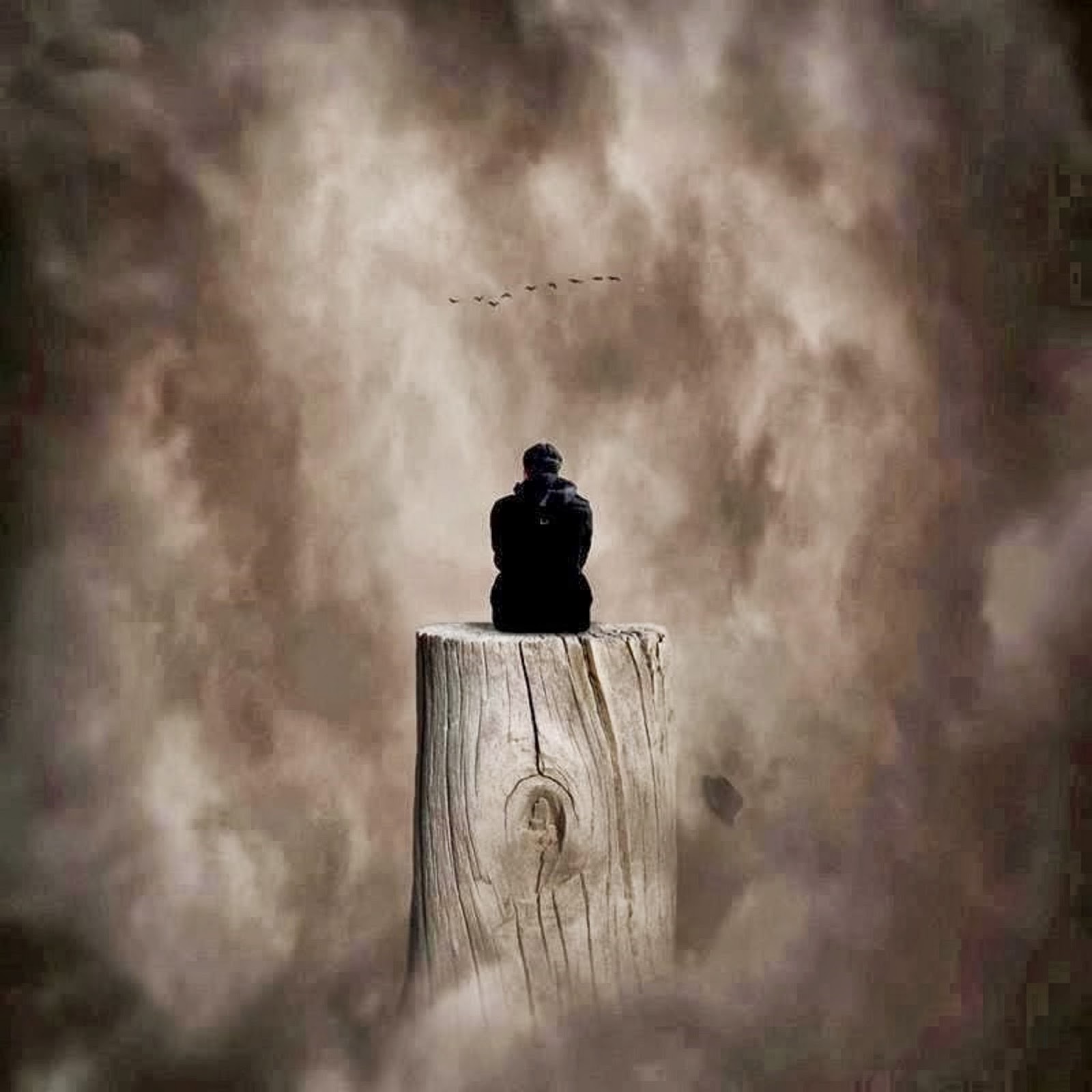 Posted by Sanda at 22:56 No comments: Links to this post

When we deliberately leave the safety of the shore of our lives, we surrender to a mystery beyond our intent. 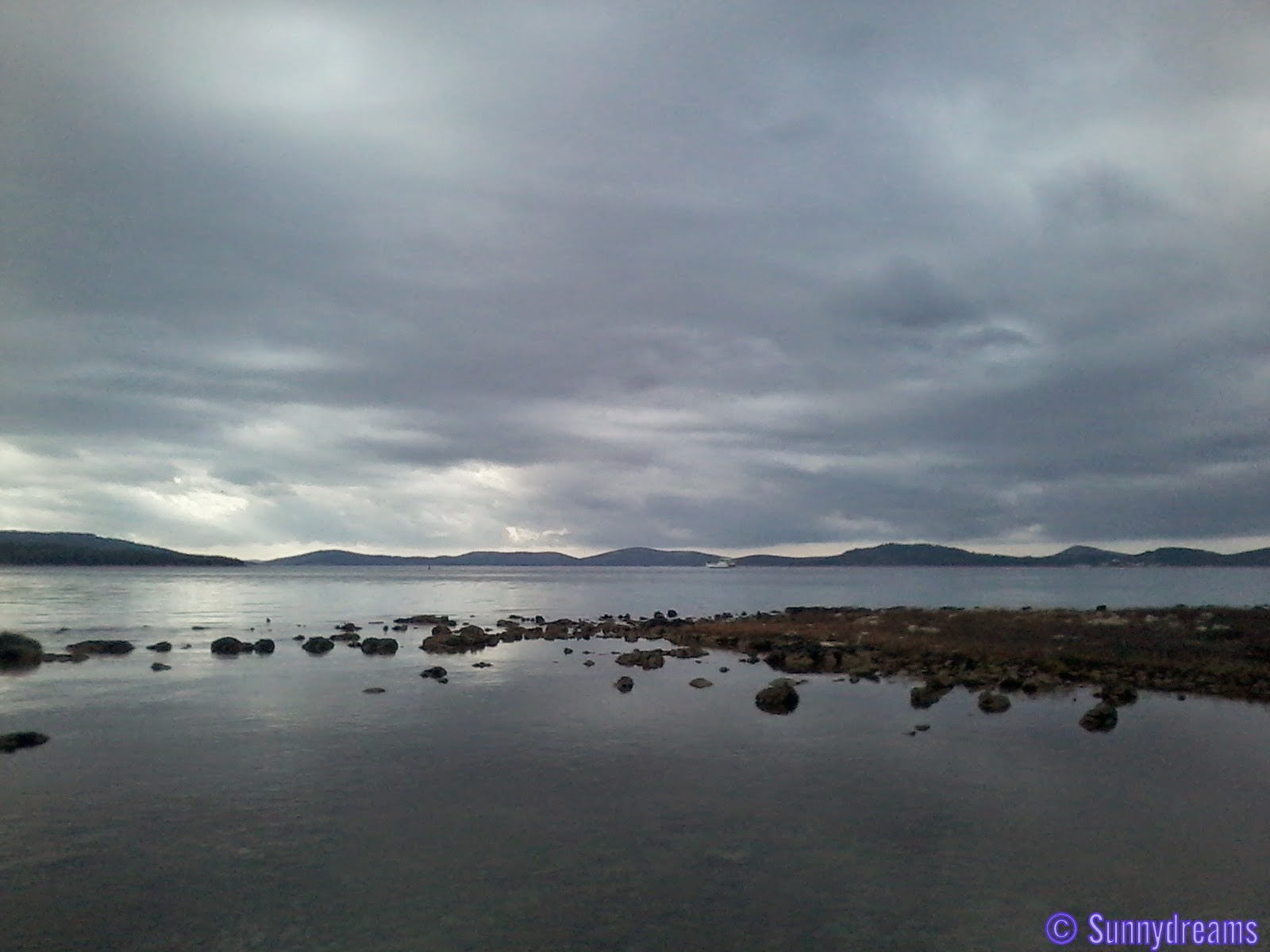 Posted by Sanda at 21:06 No comments: Links to this post

The true profession of man is to find his way to himself. 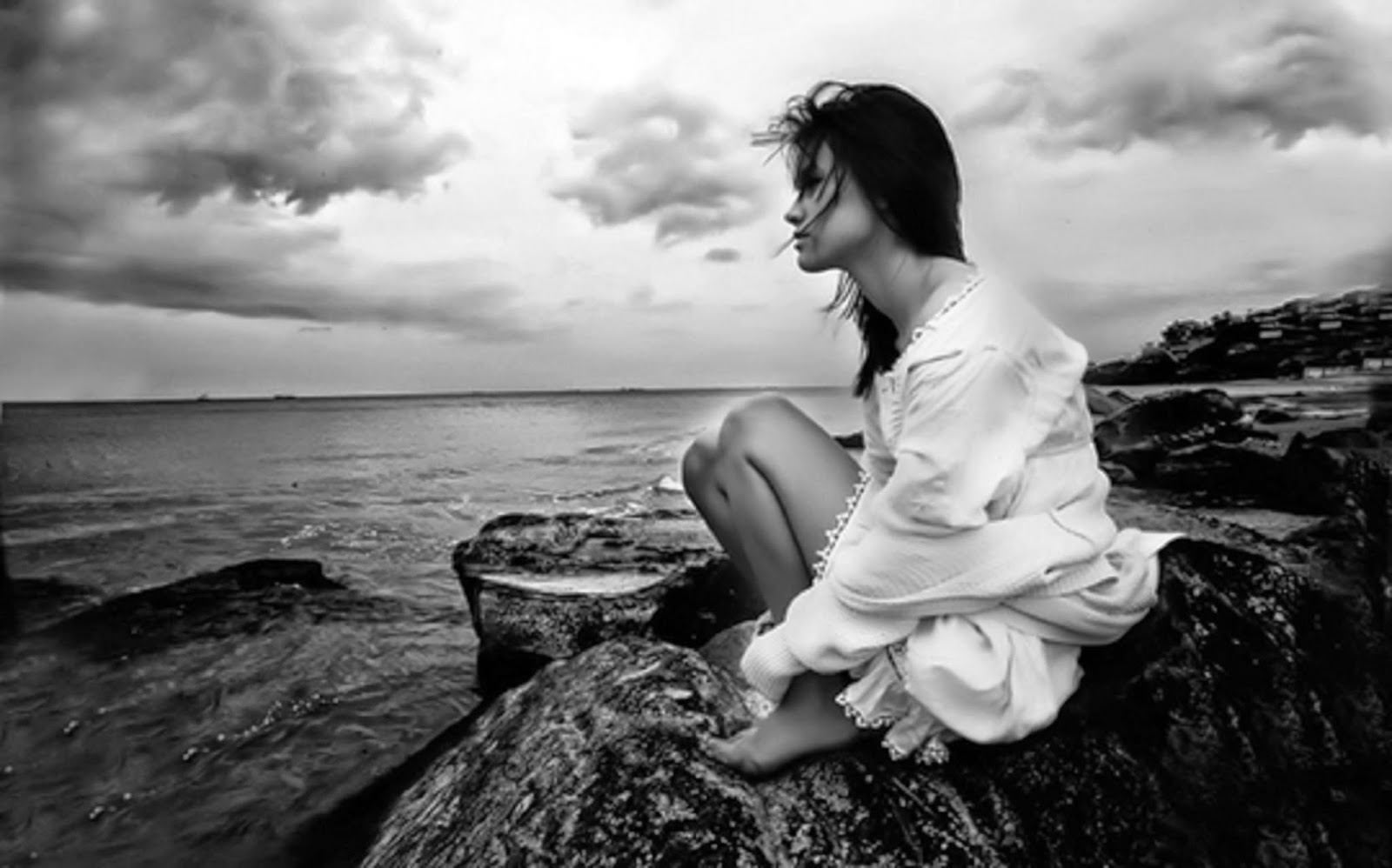 Posted by Sanda at 22:10 No comments: Links to this post