Life has a definite purpose: to have one’s darkness of mind dispelled, and so achieve never-ending happiness. 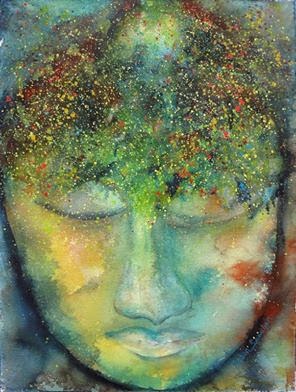 Email ThisBlogThis!Share to TwitterShare to FacebookShare to Pinterest
The soul naturally longs to meditate because it wishes to communicate with the Spirit. If you experience a mental resistance in meditation, just remember that what resists is the ego, not the soul. 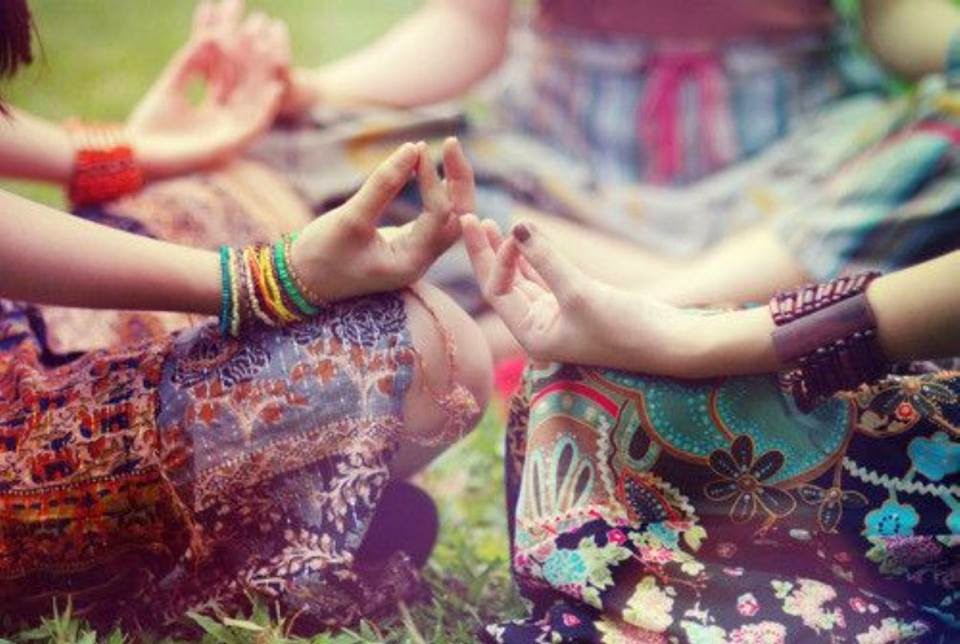 Only by accepting that the ego is a fabricated illusion do we walk the Buddha's way. 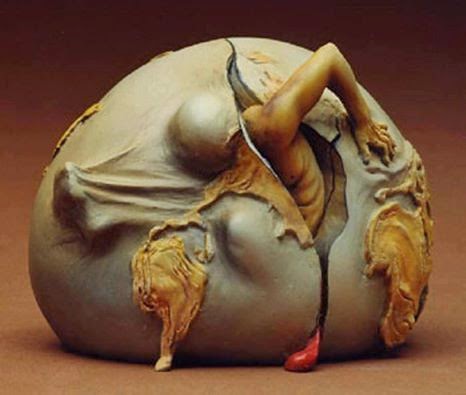 
Find God. This is your mission. You are the center of the Universe. Your center is God, Consciousness, Absolute Reality, Perfection, Brahman. This is the only piece that exists. You have absolutely nothing to give up, nothing to surrender, nothing to let go of. You are already liberated. How can you believe that you have to let go of something that never existed. It's just Maya. You think that you have to let go of your attachments, your fears, your worries, your thoughts. How can the Eternal Self have attachments? It is always pure, untainted and unattached. It is always opening, experiencing presence.

If you think you have to surrender all your fears, depressions, anxieties, worries...all these things that have been bothering you? Surrender to whom? Those things are not even yours. They do not belong to you. You do not have to give them up. You are pure Reality. You are the imperishable Self. You were never born, you never did prevail, and you'll never die. You are the One. The all pervading One.

You have absolutely nothing to give up. You never had anything to begin with. It's actually egotistical to believe you have something to give up. There's nothing you have to surrender. It's only the ego that believes that something has to be surrendered, that there's work to do. The only work is to just drop into what is.

Always remember deep in your heart that all is well and everything is unfolding as it should. There are no mistakes anywhere, at any time. What appears to be wrong is simply your own false imagination. That's all. You are the Self, that perfect immutable Self. Nothing else exists. Nothing else ever existed. Nothing else will ever exist. There is only one Self and you are That. Rejoice!

Robert Adams_Silence of the Heart, Vol. 1 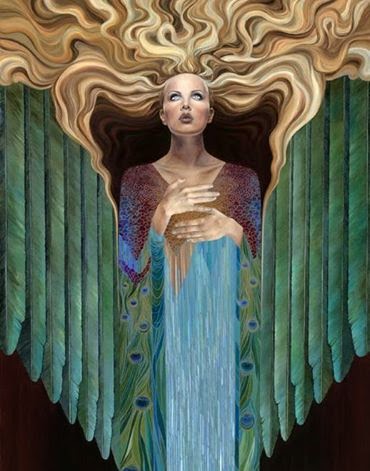 Buddha in the Dhammapada 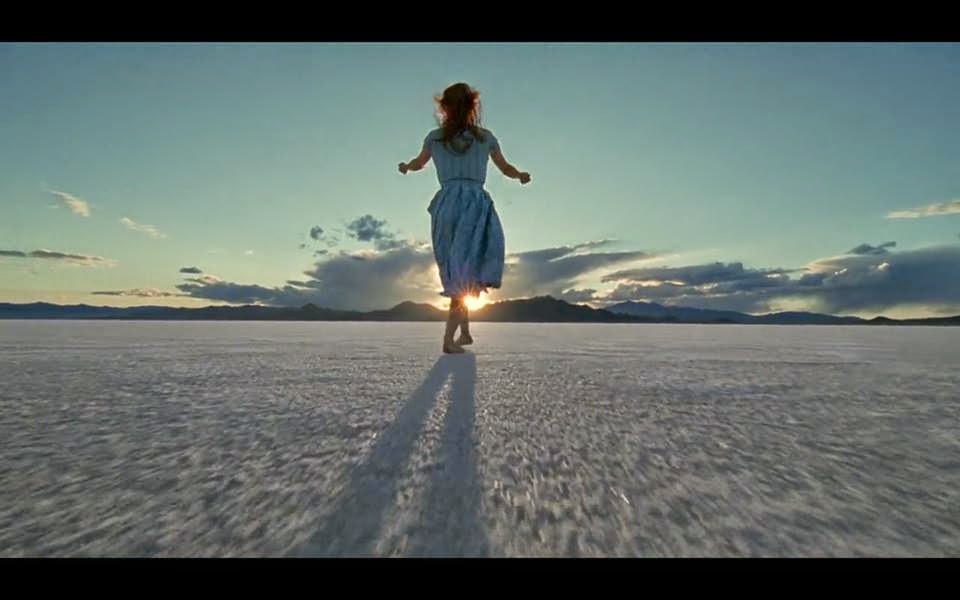 Email ThisBlogThis!Share to TwitterShare to FacebookShare to Pinterest
Always we hope
someone else has the answer.
some other place will be better,
some other time it will all turn out.

This is it.
no one else has the answer.
no other place will be better,
and it has already turned out.

At the center of your being
you have the answer;
you know who you are
and you know what you want.

There is no need
to run outside
for better seeing.
Nor to peer from a window.

Rather abide at the center of your being;
for the more you leave it, the less you learn.

Search your heart
and see
the way to do
is to be. 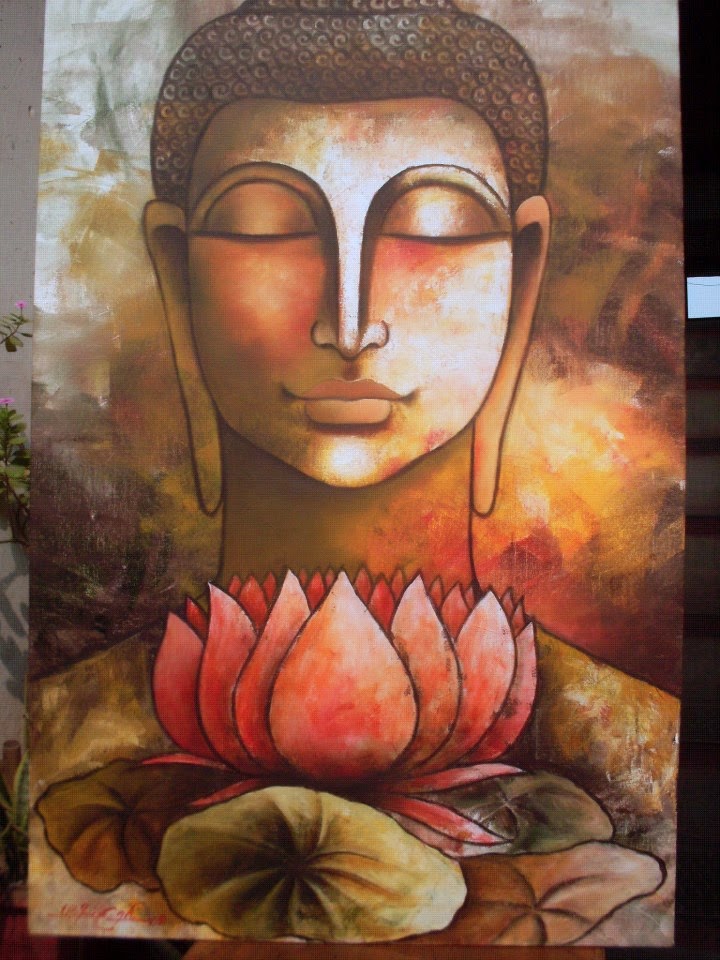 "We blame others for our sorrows and misfortunes, not perceiving that we ourselves are the creators of our world." Hazrat Inayat Khan

Externally we are a single being, but internally we are a world. As vast as is the world around us, so vast is the world within. Asif says, 'The limitation of the sky and land cannot be compared with man's heart. If man's heart be wide, there is nothing wider than this.' All can be accommodated in it; heaven earth, sun, moon, all are reflected in it. It becomes itself the whole. This world becomes as one chooses to make it. If man only knew that! But since he does not know that, the world is not heaven, but has become its opposite. We blame others for our sorrows and misfortunes, not perceiving that we ourselves are the creators of our world; that our world has an influence upon our life within as well as upon our life without.

One learns to understand that there is a world in one's self, that in one's mind there is a source of happiness and unhappiness, the source of health and illness, the source of light and darkness, and that it can be awakened, either mechanically or at will, if only one knew how to do it. Then one does not blame his ill fortune nor complain of his fellow man. He becomes more tolerant, more joyful, and more loving toward his neighbor, because he knows the cause of every thought and action, and he sees it all as the effect of a certain cause. 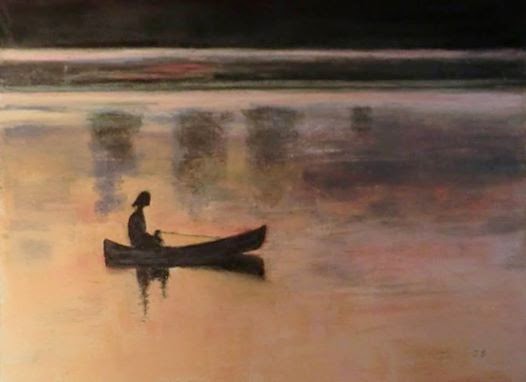 
Where there is ruin, there is hope for a treasure. 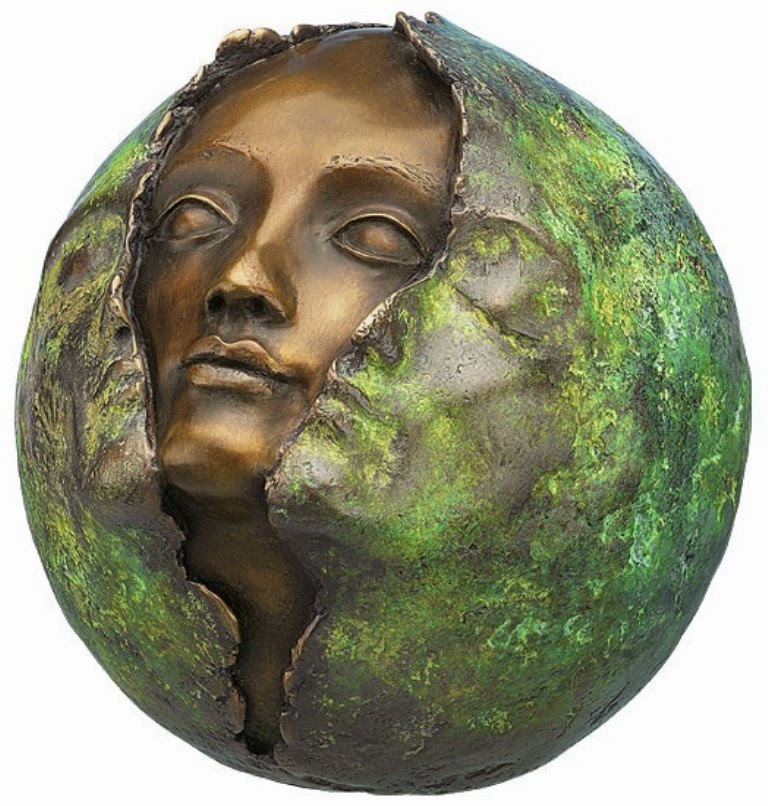 
Then stirs the feeling infinite, so felt
In solitude, where we are least alone;
A truth, which through our being then doth melt,
And purifies from self: it is a tone,
The soul and source of music, which makes known
Eternal harmony, and sheds a charm...

Those who awaken never rest in one place.
Like swans, they rise and leave the lake.
On the air they rise and fly an invisible course.
They live on emptiness.
They have seen how to break free.
Who can follow them?

Buddha in the Dhammapada 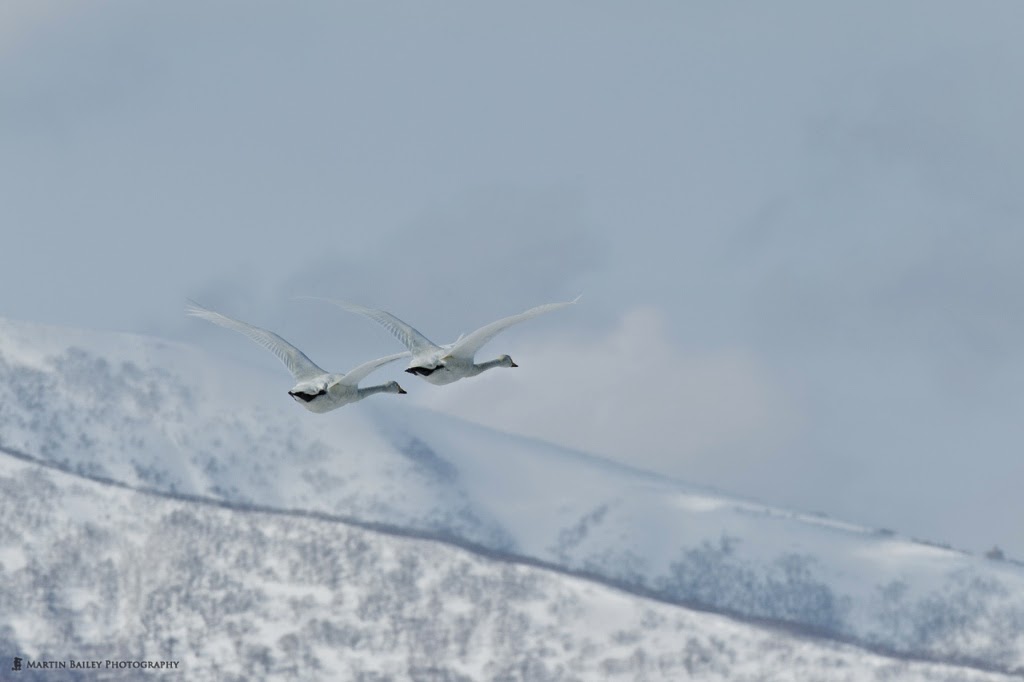 Wanting nothing with all your heart, stop the stream
When the world dissolves everything becomes clear.
Go beyond this way or that way,
To the farthest shore where the world dissolves,
And everything becomes clear.
Beyond this shore and the farthest shore,
Beyond the beyond,
Where there is no beginning, no end,
Without fear, go.

Buddha from the Dhammapada 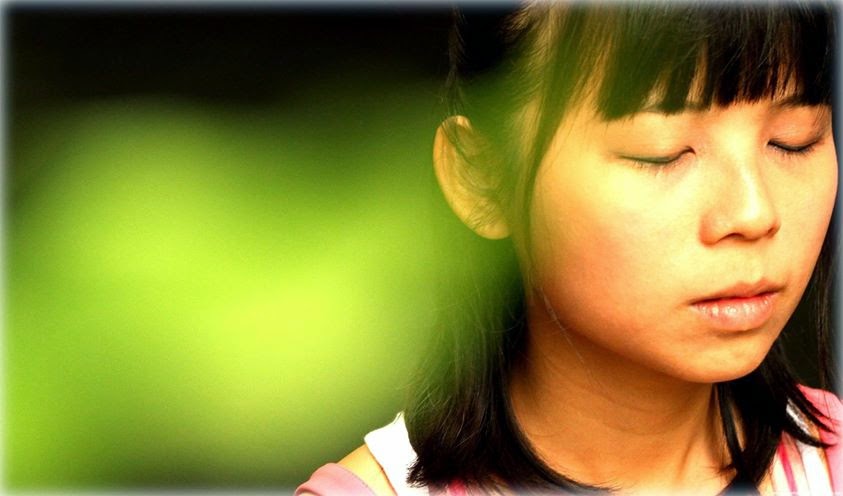 Commentary by Pir-o-Murshid Inayat Khan:
There are two parts in man. One part is his external self, which the soul has borrowed from the earth; and the other part is his real self, which belongs to his Source. In other words an individual is a combination of spirit and matter, a current which runs from above and attracts to it the earth from below, shaping it in order to make it a vehicle. The human body is nothing but a vehicle of the soul which has come from above and has taken the human body as its abode. Thus an individual has two aspects of being: one is the soul, the other is the body. ... Whether he is in the forest or amidst the world's strife, the soul of man is always capable of rising to the greatest heights, if only he wishes to attain to them. ... Man does not need to trouble about what is lacking outside, for in reality all is within himself.
The soul cannot see itself; it sees what is round it, it sees that in which it functions; and so it enjoys the comforts of the shell which is around it, and experiences the pains and discomforts which belong to the shell. And in this way it becomes an exile from the land of its birth, which is the Being of God, which is divine Spirit; and it seeks consciously or unconsciously once again the peace and happiness of home. God therefore is not the goal but the abode of the soul, its real self, its true being.
Plato wrote that we live in a shadow world, where we confuse the shadow of ourselves with reality. This is the Nafs, the false ego, which stands in the light before God, causing, so to speak, a spiritual eclipse. ... The Nafs turns us from the One to the many, enticing us with the things of this world. Then man attaches himself to one thing after another, which brings, at best, momentary satisfaction. Through his spiritual practices the Sufi learns to chain the Nafs, to perceive that it is only a shadow of reality; and finding the sun of truth within his being, looking upon it, one is no longer aware of the shadow. Then the Nafs is not destroyed, but harnessed. The whole of man's being is attuned to God and everything within him serves God.
~~~ "Githa II, Dhyana 2", by Hazrat Inayat Khan
The one and only thing that hinders man from advancing spiritually, or at least from advancing towards the goal for which he is destined and which he is longing to attain, is this: that the mind is so absorbed by the demands and wants of the physical body that it has hardly a moment to give itself entirely to the reflection of the light of the soul. 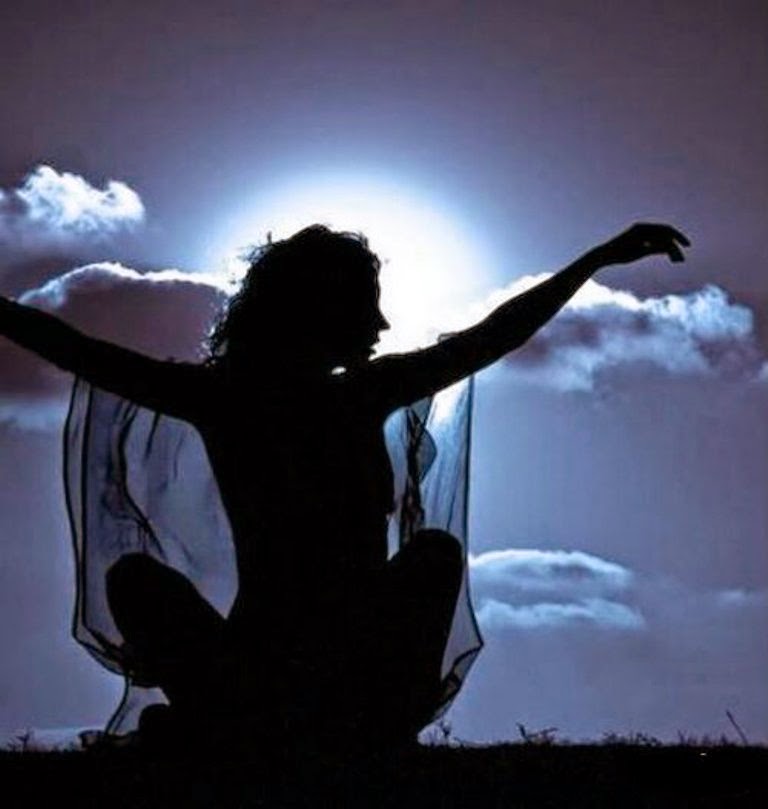