Osho on Art of Witnessing


Question - What is your way of meditation?

Osho - My way of meditation is very simple. There are one hundred and twelve methods of meditation. Out of all of those I have chosen the most simple -- the most easily done. I call it witnessing. The moment you witness something you become separate from it, you are the witness, the thing becomes an object -- the witnessed.

If you are walking on the road, and you are also witnessing that you are walking -- not going along just like a robot, mechanical, everyday habit, the road is known, the legs know it, you can even walk with closed eyes. But walking with absolute alertness every step, every fall of a leaf, every ray of the sun, every bird flying in front of you, fully alert... slowly, slowly, you become aware that you are not the body that is walking, you are something inside which is witnessing.

Once you have witnessed your body, you have got the knack of the method. Then you start witnessing your thoughts -- sitting silently, just watching the rush of thoughts, not interfering, not saying, "This is good. This is bad." Not justifying, not appreciating, no judgment... non-judgmental witnessing, just like the mirror. Anybody passes by, the mirror reflects it; that's all, it makes no comment.

Strangely enough, when you stop making comments on the thoughts, they begin to stop; your comments keep them alive. Once you are simply a mirrorlike witness, thoughts disappear, and you become aware of a deeper layer, of emotions, moods, which are very subtle. You are not even aware many times that you are sad. You are often not aware of what your emotional state is -- it is very deep, there is a thick layer of thoughts.

When thoughts have stopped, then you become aware of a very subtle breeze -- and there is a great joy to see it pass. The method remains the same -- you remain a witness without judgment. First body, second mind, third heart. And the fourth happens on its own. I call my way the fourth way because after the third you cannot do anything.

Once your emotions and moods disappear, suddenly there is a quantum leap -- the witness has nothing to witness anymore. It comes home. It witnesses itself. It becomes both the seer and the seen, the object and the subject, and for the first time you have unity. This experience of absolute organic unity of your consciousness has been called by different names -- moksha, nirvana, liberation, enlightenment, illumination.

Whatever word you choose makes no difference. But this is the ultimate peak, this is the ultimate goal of human life. So my method is very simple. You need not even sit to do it. You can do it anywhere -- walking on the street, sitting in the bus, sitting in the plane, eating, even sleeping. When you are going to sleep you don't fall asleep suddenly, it takes a few minutes; just watch how the sleep comes in.

Slowly, slowly, you will see sleep coming in, and as your witnessing becomes deeper there comes a moment when you can see that the whole night you are asleep yet still alert. I have tried almost all one hundred and twelve methods. That list is exhaustive, there is no possibility of adding a single method more. You can make a method of combinations, but those one hundred and twelve are exhaustive.

Out of them all I have chosen witnessing, because most of them are based on this in different ways. For example, if while making love you also witness, it becomes tantra. Tantra has taken one method, used it for love, and changed the whole sexual energy into a spiritual phenomenon. That's what I have been talking about, and I have been misunderstood by almost everybody. They think I am teaching free sex. I am teaching meditative sex, and they think I am teaching free sex.

I was simply teaching that if you can make sex an object of meditation you can become free of it -- because with meditation the energy starts moving higher and higher. My sannyasins who have been with me are puzzled that they have lost all interest in sex. And the people who have been condemning me -- that is their own imagination, their own creation, the whole idea of free sex.

Perhaps the Tantrikas understood this 1000 years ago. They did; they had something substantial. The Tantrikas were not part of a religion but of a very rebellious group of religious people, who created Khajuraho and thousands of other temples around. All other religions are talking almost rubbish about God, about heaven and hell.

Tantrikas were the first scientific religious people who took possession of their energy -- which was already available. They managed to transform it in the same way that later somebody transformed the electricity from the clouds to become a light in your house. Nobody would have conceived before that the electricity flashing in the clouds could run your fans and your air-conditioners and your railways.

Tantrikas had the first insight that man's sexual energy can be transformed easily. The only barrier is repression. If you repress it, then you cannot transform it. Don't repress sexual energy, don't condemn it, but create a friendship with it, that's what I have been saying. Don't think of it as a sin; it is not -- you are born of it. The whole life is sex. If you call sex sin, then the whole life becomes sin, then the whole existence becomes sin -- and this is not a religious approach to the world. We should make the whole world divine -- not sin. But nobody reports what I have been saying; they just go on misinforming people. This is a misfortune -- that journalism still is not literature. 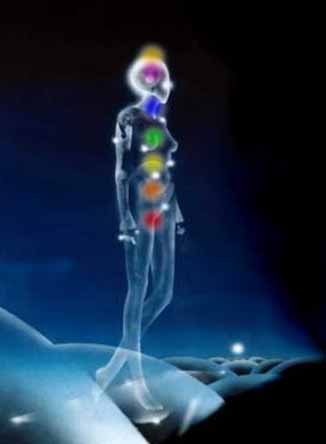