YOU HAVE SAID THAT ONE WHO IS IN FEAR CANNOT LOVE, NOR CAN HE REACH
GODHOOD. BUT HOW IS ONE TO GET RID OF HIS FEAR ACCORDING TO TANTRA?


The question is not of getting rid of anything; the question is only of understanding. Understand fear, what it is, and don’t try to get rid of it, because the moment you start trying to get rid of anything, you are not ready to understand it – because the mind which thinks to get rid of is already closed. It is not open to understand, it is not sympathetic. It cannot contemplate quietly; it has already decided. Now the fear has become the evil, the sin, so get rid of it. Don’t try to get rid of anything. Try to understand what fear is. And if you have fear, then accept it. It is there. Don’t try to hide it. Don’t try to create the opposite. If you have fear, then you have fear. Accept it as part of your being.If you can accept it, it has disappeared already. Through acceptance, fear disappears; through denial, fear increases. You come to a point where you know that you are afraid, and you come to understand, ‘Because of this fear, love cannot happen to me. So, okay, what can I do? The fear is there, so only one thing will happen – I will not pretend love. Or, I will say to my beloved or my lover that it is because of fear that I am clinging to you. Deep down I am afraid. I will become frank about it; I will not deceive anyone, nor myself. I will not pretend that this is love. I will say this is simply fear. Because of fear, I cling to you. Because of fear, I go to the temple, or to the church, and pray. Because of fear, I remember God. But then I know that this is not prayer, this is not love, this is only fear. I am fear, so whatsoever I do, it is there. I will accept this truth.’ A miracle happens when you accept a truth. The very acceptance changes you. When you know that there is fear in your being and you cannot do anything about it, what can you do? All that you can do is pretend, and pretensions can go to the very extreme, to the other extreme. A very fearful man can become a very brave man. He can create an armour around him. He can
become a dare-devil, just to show that he is not afraid; just to show others that he is not afraid. And if he can go into danger, he can deceive himself that he is not afraid. But even the bravest man is afraid. His whole bravery is just around him; deep down he trembles. Not to be aware of it, he takes a jump into danger. He becomes engaged with the danger so that he is not aware of the fear, but the fear is there. You can create the opposite, but this is not going to change anything. You can pretend that you are not afraid – that makes no change again. The only transformation that can happen is that you become simply aware that ‘I am fear. My whole being is trembling, and whatsoever I do is because of the fear.’ You have become true to yourself.
Then you are not afraid of fear. It is there, a part of you; nothing can be done about it. You have accepted it. Now you don’t pretend, now you don’t deceive anyone, nor yourself. The truth is there, and you are not afraid of it. The fear starts disappearing, because a person who is not afraid to accept his fear has become fearless – that is the deepest fearlessness that is possible. He has not created the opposite, so there is no duality in him. He has accepted the fact. He has become humble before it. He doesn’t know what to do – no one knows – and nothing can be done, but he has stopped pretending; he has stopped using masks, faces. He has become authentic in his fear. This authenticity, and this fearlessness to accept the truth, changes you. And when you don’t pretend, don’t create a false love, don’t create a deception around you, don’t become a pseudoperson, you have become authentic. In this authenticity, love arises; fear disappears, love arises.
This is the inner alchemy of how love arises.

Now you can love. Now you can have compassion, sympathy. Now you don’t depend on anyone, because there is no need. You have accepted the truth. There is no need to depend on anyone; there is no need to possess and be possessed. There is no hankering for the other. You accept yourself – through this acceptance, love arises. It fills your being. You are not afraid of fear, you are not trying to get rid of it.  Simply it disappears when accepted. Accept your authentic being and you will be transformed. Remember: acceptability, total acceptability, is the most secret key of tantra. Don’t reject anything. Through rejection you will be crippled. Accept everything – whatsoever it is. Don’t condemn it, and don’t try to get rid of it.
There are many things implied in it. If you try to get rid of it, you will have to cut your being into departments, fragments, parts. You will be crippled. When you throw one thing, something else is also thrown with it – the other part of it – and you become crippled. Then you are not total. And you cannot be happy unless you are total and whole. To be whole is to be holy. To be in fragments is to be ill and diseased. So I will say, try to understand fear. Existence has given it to you. It must have some deep meaning, and it must have some hidden treasure, so don’t throw it. Nothing is given without any meaning. Nothing exists within you which cannot be used in a higher symphony, in a higher synthesis. All that exists in you, whether you understand it or not, can become a step. Don’t think of it as a hindrance; allow it to become a step. You can take it that it is hindering the path – it is not hindering. If you can ride above it, if you can use it, stand on it, a new view of the path will be revealed to you on a higher level. You will be able to look deep into the possibility, into the future, into the potentiality. Fear is there for certain purposes. Try to understand this. One: if there is no fear, you will become too egoistic, and there will be no going back. If there is no fear, as you are, you will never try to merge into existence, into the cosmos. Really, if there is no fear you will not be able to survive at all.
So it is doing something for you. Whatsoever you are, it is playing a role in it. But if you try to hide it, destroy it, create the opposite of it, you will be divided and you will become fragmentary, disintegrated. Accept it and use it. And the moment you know that you have accepted it, it disappears. Just try to think: if you accept your fear, where is it? One man came to me and he said, ‘I am very much afraid of death.’ He had cancer, and death was very near; any day it could happen. And he could not postpone it. He knew it was going to happen. Within months it would be there, or even within weeks. He was really physically, literally, trembling, and he said, ‘Just give me one thing: how can I get rid of this fear of death? Give me some mantra, or something which can protect me and give me courage to face death. I don’t want to die trembling in fear.’ The man said, ‘I have been to many saints. Many things they have given. They were very kind. Someone has given me a mantra, someone has given me some sacred ashes, someone has given me his picture, someone has given something else, but nothing helps. Everything is in vain. Now I have come to you as the last resort. Now I will not go to anyone any more. Give me something.’ So I told him, ‘Still you are not aware. Why are you asking for something? – just to get rid of fear? Nothing will help. I cannot give you anything, otherwise, as others have proved failures, I will also prove a failure. And they gave you something because they don’t know what they are doing. I can say only one thing to you. Accept it. Tremble if trembling is there – what to do? Death is there, and you feel a trembling, so tremble. Don’t reject it, don’t suppress it. Don’t try to be brave. There is no need. Death is there. It is natural. Be afraid totally.’ He said, ‘What are you saying? You have not given me anything. Rather, on the contrary, you say to accept.’ I said, ‘Yes, you accept. You just go and die peacefully with total acceptance.’ After three or four days he came again, and said, ‘It works. I couldn’t sleep for so many days, but for these four days I slept deeply, because it is right, you are right.’ He said to me, ‘You are right. Fear is there, death is there, nothing can be done. All the mantras are just hocus-pocus; nothing can be done.’ No doctor can help, no saint can help. Death is there, a fact, and you are trembling. It is just natural. A storm comes and the whole tree trembles. It never goes to any saint to ask how not to tremble when a storm is passing by. It never goes for a mantra to change it, to protect it. It trembles. It is natural; it is so.  And the man said, ‘But a miracle has happened. Now I am not so afraid.’ If you accept, fear starts disappearing. If you reject, resist, fight, you give energy to fear. That man died peacefully, unafraid, fearless, because he could accept fear. Accept fear and it disappears. 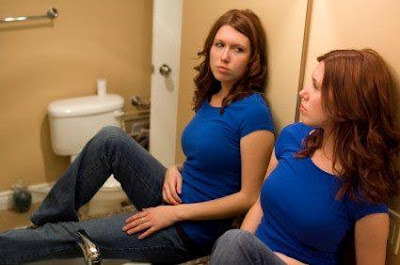