FEEL THE COSMOS AS A TRANSLUCENT EVER-LIVING PRESENCE

FEEL THE COSMOS AS A TRANSLUCENT EVER-LIVING PRESENCE

Osho - This again is concerned with light: "FEEL THE COSMOS AS A TRANSLUCENT EVER-LIVING PRESENCE." If you have taken any drugs such as LSD or some such thing, the whole world around you becomes a light phenomenon of colors that are translucent, alive. This is not because of LSD. The world is such, but your eyes have become dull. The LSD is not creating a colorful world around you; the world is already colorful, nothing is wrong with the world. It is a rainbow of colors -- a mystery of colors and translucent light. But your eyes have become dull. That is why you can never feel it in such colorfulness.

LSD is just clearing your eyes. It is not making the world colorful; it is just helping your dullness to go chemically, and then the whole world erupts before you. It is a new thing. Even an ordinary chair becomes a marvelous phenomenon. Just a shoe on the floor takes on new colors, a new youth. Ordinary traffic noise becomes musical. Trees you have always seen but never looked at are born anew though you have always passed them by and you know you have seen them. Every leaf of a tree is a miracle.

And this is how reality is. It is not LSD which is creating this reality. LSD is just destroying your dullness, your insensitivity, and you look at the world as one should really look. But LSD can give you only a glimpse, and if you depend on it, sooner or later even LSD will not be able to remove your dullness. Then you will need greater doses, and then you will become immune to greater doses. And, really, if you then leave LSD or other drugs, the world will be duller than it has ever been. Then you will become even more insensitive.

This technique is based on inner sensitivity. First grow in sensitivity. Just close your doors, make the room dark and light a small candle. Sit near the candle with a very loving attitude -- rather, with a prayerful attitude. Just pray to the candle, "Reveal yourself to me." Take a bath, throw cold water on your eyes, then sit in a very prayerful mood before the candle. Look at it and forget everything else. Just look at the small candle -- the flame and the candle. Go on looking at it. After five minutes you will feel that many things are changing in the candle. They are not changing in the candle, remember; your eyes are changing.

Sometimes you may feel that the flame, the candle, has become mysterious. It is not the ordinary candle you brought with you; it has taken on a new glamor, a subtle divineness has come into it. Go on doing this. You can also do this with many other things.

They tried this for a whole hour, everyone with a rock. And then, my friend reported, there was a miracle. Everyone said, "Could I keep this rock? I have fallen in love with it!" An ordinary rock! If you have a sympathetic relationship with it, you will fall in love. And if you don't have that sensitivity, then even with a very beautiful person you are with a rock; you cannot fall in love.

Sensitivity must grow. Your every sense must become more alive. Then you can experiment with this technique. "FEEL THE COSMOS AS A TRANSLUCENT EVER-LIVING PRESENCE." Everywhere light is -- in many, many shapes, forms, light is happening everywhere. Look at it! And everywhere light is because the whole phenomenon is based on the foundation of light. Look at a leaf or a flower or a rock, and sooner or later you will feel rays coming out of it. Just wait patiently. Don't be in a hurry because nothing is revealed when you are in a hurry. In a hurry you are dull. Wait silently with anything, and you will discover a new phenomenon which was always there, but of which you were not alert -- not aware of it.

"FEEL THE COSMOS AS A TRANSLUCENT EVER-LIVING PRESENCE," and your mind will become completely silent as you feel the presence of the ever-living existence. You will be just a part in it, just a note in the great symphony. No burden, no tension... the drop has fallen into the ocean. But great imagination will be needed in the beginning, and if you are also trying with other sensitivity training it will be helpful.

I have heard about one experiment. A doctor was experimenting with people to see whether their feelings changed their biochemistry. Now he has reported that feeling changes biochemistry immediately. He experimented with a group of twelve persons. He collected their urine before the experiment, and the urine was ordinary, normal.

Each person was put under a different stress. One was shown a film of horror, anger, violence, cruelty -- it was just a film -- for thirty minutes he was shown a film of horror. Of course, with the film his emotions changed. He felt stress. To another a very joyful film was shown. He felt happy. And so on went the experiment for twelve persons. Then their urine was taken again and the urine analysis showed that everyone's urine was different now. The chemicals had changed in the body. The person who felt horror was ill now; the person who felt hope, happiness, joy, was healthy now. His urine was different, the chemicals of the body were different. 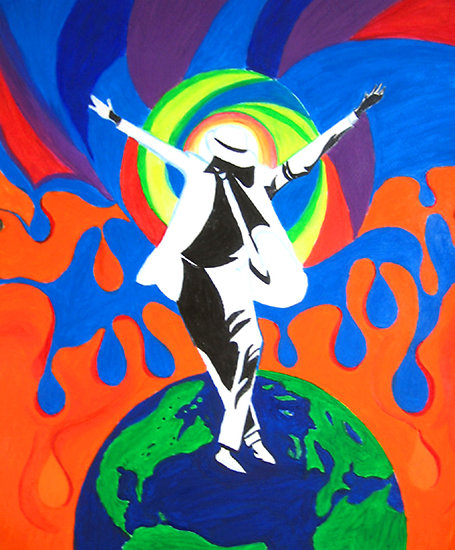