"THIS SO-CALLED UNIVERSE APPEARS AS A JUGGLING, A PICTURE SHOW. TO BE HAPPY LOOK UPON IT SO."

"THIS SO-CALLED UNIVERSE APPEARS AS A JUGGLING, A PICTURE SHOW. TO BE HAPPY LOOK UPON IT SO."

But how are they getting excited? They are weeping, crying, laughing. The picture is not just a picture; the film is not just a film. They have forgotten that it is just a story. They have taken it seriously. It has "become alive"! It is "real"! And this is happening everywhere, not only in a picture house. Look at the life that is all around you. What is it?

And I am not saying that their problems were not problems. They were -- as your problems are problems. They were "serious" -- problems of life and death. But where are their problems? And if the whole humanity should disappear anyday, the earth will be there, the trees will grow, the rivers will flow and the sun will rise, and the earth will not feel any absence or wonder where humanity is.

Look at the expanse: look backwards, look forwards, look to all dimensions at what you are, what your life is. It looks like a long dream, and everything that you take so seriously this moment becomes useless the next moment. You may not even remember it.

Remember your first love, how serious it was. Life depended on it. Now you don't remember it at all, it is forgotten. And whatsoever you are thinking that your life depends on today will be forgotten. Life is a flux, nothing remains. It is like a moving film, everything changing into everything else. But in the moment you feel it is very serious, and you get disturbed. This technique says, "THIS SO-CALLED UNIVERSE APPEARS AS A JUGGLING, A PICTURE SHOW. TO BE HAPPY, LOOK UPON IT SO."

In India, we have called this world not a creation of God, but a play, a game, a LEELA. This concept of LEELA is beautiful, because creation seems serious. The Christian, the Jewish God is very serious. Even for a single disobedience, Adam was thrown out of the Garden of Eden -- and not only was he thrown out, because of him, the whole humanity. He was our father, and we are suffering because of him. God seems to be so serious. He should not be disobeyed. And if he is disobeyed, he is going to take revenge, and the revenge has been so long.

The sin doesn't seem to be so serious. Really, Adam committed it because of God's own foolishness. God the Father said to Adam, "Don't go near the tree, the Tree of Knowledge, and don't eat its fruit." This prohibition becomes an invitation, and this is psychological. In that big garden, only that Tree of Knowledge became attractive. It was prohibited. Any psychologist can say, God committed an error. If the fruit of that tree was not to be eaten, it was good not to talk about it at all. There was no possibility of Adam reaching to that tree, and the whole humanity would have been in the garden. But this saying, this order, "Don't eat," created the trouble; this "don't" created the whole trouble.

Because Adam disobeyed he was thrown out of heaven, and the revenge seems so long. And Christians say Jesus was crucified just to redeem us -- to redeem us from that sin that Adam committed. So the whole Christian concept of history hangs on two persons -- Adam and Jesus. Adam committed the sin, and Jesus suffered to redeem us from it and allowed himself to be crucified. He suffered so that Adam's sin may be forgiven. But it doesn't seem that God has forgiven yet. Jesus was crucified, but humanity goes on suffering in the same way.

The very concept of God as a father is ugly, serious. The Indian concept is not of a creator. God is just a player; he is not serious. This is just a game. Rules are there, but rules of a game. You need not be serious about them. Nothing is sin -- only error, and you suffer because of error, not because God punishes you. You suffer because of the rules you don't follow. God is not punishing you. The whole concept of LEELA gives life a dramatic color; it becomes a long drama. And this technique is based on this concept: "THIS SO-CALLED UNIVERSE APPEARS AS A JUGGLING, A PICTURE SHOW. TO BE HAPPY, LOOK UPON IT SO."

If you are unhappy, you have taken it too seriously. And don't try to find any way how to be happy. Just change your attitude. You cannot be happy with a serious mind. With a festive mind, you can be happy. Take this whole life as a myth, as a story. It is one, but once you take it this way you will not be unhappy. Unhappiness comes out of too much seriousness. Try for seven days; for seven days remember only one thing -- that the whole world is just a drama -- and you will not be the same again. Just for seven days! You are not going to lose much because you don't have anything to lose.

You can try it. For seven days take everything as a drama, just as a show. These seven days will give you many glimpses of your buddha nature, of your inner purity. And once you have the glimpse you cannot be the same again. You will be happy, and you cannot conceive of what type of happiness can happen to you because you have not known any happiness. You have known only degrees of unhappiness: sometimes you were more unhappy, sometimes less unhappy, and when you were less unhappy you called it happiness. You don't know what happiness is because you cannot know. When you have a concept of the world in which you are taking it very seriously, you cannot know what happiness is. Happiness happens only when you are grounded in this attitude, that the world is just a play.

So try this, and do everything in a very festive way, celebrating, doing an "act" -- not a real thing. If you are a husband, play, be a play husband; if you are a wife, be a play wife. Make it just a game. And there are rules, of course; any game to be played needs rules. Marriage is a rule and divorce is a rule, but don't be serious about them. They are rules, and one rule begets another. Divorce is bad; because marriage is bad: one rule begets another! But don't take them seriously, and then look how the quality of your life immediately changes.

Go to your home this night, and behave with your wife or husband or your children as if you are doing a part in a drama, and see the beauty of it. If you are playing a part you will try to be efficient, but you will not get disturbed. There is no need. You will do the part and go to sleep. But remember, it is a part, and for seven days continuously follow this attitude. Then happiness can happen to you, and once you know what happiness is you need not move into unhappiness, because it is your choice. 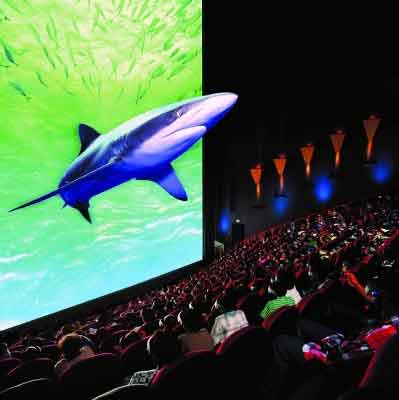