TANTRA’S SECRETS OF LOVE AND LIBERATION

”MAN BEING AS HE IS, IS IT NOT DIFFICULT FOR HIM TO DISSOLVE CHANGE THROUGH CHANGE, SEX THROUGH SEX, ETCETERA, WITHOUT ATTACHMENTS AND WITH THEIR CONSEQUENT ANXIETY AND DISAPPOINTMENT?"


Man as he is CAN do this, and this is suggested ONLY for man as he is. Tantra is a medicine for YOU – for those who are ill. So don’t think that it is not for you. It is for you and you can do it, but you will have to understand what is meant when you say that there is the possibility of falling into attachments, and then the consequences will be there and frustration. You have not understood. ”Consume change through change” means that even if there is attachment don’t ﬁght with it. Be attached, but be a witness also. Let the attachment be there; don’t ﬁght with it. Tantra is a non-ﬁghting process. Don’t ﬁght! Frustration will come, of course, so be frustrated. But be a witness also. You were attached, and you were a witness. Now the frustration has come, and you know well that it had to come. Now be frustrated, but be a witness. Then through attachment, attachment is consumed, and through frustration, frustration is consumed. Try this when you feel miserable. Be miserable; don’t ﬁght with it. Try this, it is wonderful. When there is misery and you feel miserable, close your doors and be miserable. Now what can you do? You are miserable, so you are miserable. Now be totally miserable. Suddenly you will become aware of the misery. And if you try to change it you will never become aware, because your effort, your energy, your consciousness is directed towards change, towards how to change this misery. Then you start thinking about how it came, and what to do now to change it. Then you are missing a very beautiful experience – the misery itself. Now you are thinking about the causes and you are thinking about the consequences and you are thinking about the method for how to forget it, how to go beyond it, and you are missing misery itself, and misery is there and that can be liberating. Just don’t do anything. Don’t analyze how the misery is created; don’t think about what consequences are going to follow. They will follow, so you can see later on. There is no haste. Be miserable, simply miserable, and don’t try to change it. Try this: see for how many minutes you can remain miserable. You will start laughing about the whole thing; the whole thing will look stupid, because if you are totally miserable, suddenly your center is beyond misery. That center can never be miserable, it is impossible! If you remain with the misery, the misery becomes the background, and your center which can never be miserable suddenly rises above, and then you are miserable and you are not miserable: the ”same unsame.”
Now you are consuming misery through misery. This is what is meant. You are not doing anything; you are simply consuming misery through misery. Misery will disappear as clouds disappear, and the sky will be open and you will be laughing, and you have not done anything. And you cannot do anything; all that you can do will create more confusion and more misery. Who has created this misery? You, and now you are trying to change it. It will get worse. You are the creator of the misery. You have created it, you are the source, and now the source itself is trying. What can you do? Now the patient is treating himself, and he has created the whole thing. Now he is thinking of surgery. It is suicidal. Don’t do anything. The inside is very deep. You have tried so many times to stop misery, to stop depression, to stop this and that, and nothing has happened.
Now try this: don’t do anything; allow the misery to be there in its totality. Allow it to happen in its full
intensity, and remain non-doing. Just be with it and see what happens. Life is change. Even the Himalayas are changing, so your misery cannot be unchanging. It will change by itself, and you will see that it is changing – that it is disappearing and it is going away, and you feel unburdened and you have not done anything. Once you know the secret you can consume anything through itself, but the secret is to be silently without doing anything. Anger is there, so be, just BE. Don’t do anything. If you can do this much, this ”non-doing,” if you can just be there – present, witnessing, but making no effort to change anything – allowing things to have their own way, you will consume anything. You CAN consume anything. 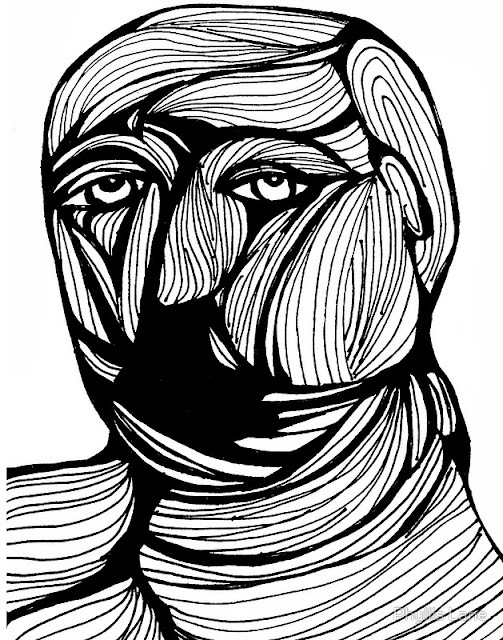