Osho - Why am I forcing situations according to my Will

Osho - Why am I forcing situations according to my Will


Question - Beloved Osho, Why am I forcing situations according to my will, instead of accepting them and letting them just happen? I have a feeling that my body makes me aware of it, reacting with high fever. ?

Osho - Devam Navyo, the upbringing of man is so poisonous, so crippling, that it destroys all that is significant and valuable in you and replaces it with cruelty, violence, a desire to dominate. The whole of society from all sides supports this destruction of your innocence; it is favorable to them.

Forcing anything simply means you are forcing against yourself. This creates the schizophrenia, the split personality which is fighting with itself. This is the most ugly and destructive device which has been used by the vested interests for thousands of years. They found a simple clue for how to destroy the individual. The individual is a danger -- a danger against exploitation, a danger against slavery, a danger against any kind of enforcement. An individual would die rather than submit.

Individuality has a dignity.... But man has been taken away from his individuality by a simple device. Put the individual in conflict -- and you know the ancient proverb: a house divided cannot stand for long. You are continuously fighting with yourself because you have been given such stupid ideas about yourself: you have to choose between either your nature, your relaxedness with nature, or thousands of years of conditioning -- and conditionings go deeper and deeper every day. Pleasure has been condemned, non-seriousness has been condemned, playfulness has been condemned. The whole of humanity has been turned into utter seriousness, and seriousness is a psychological sickness. It can seep deeper and can make even your soul sick.
There is nothing to be serious about in the world.

A man who is alive cannot be suppressed so easily. A man who loves has a clarity of vision and cannot be befooled by any politicians. And a man who knows how to be playful will not be found in any church, any temple, any mosque, any synagogue. Those are the places where people go who have died before their death -- those who have taken a standpoint against life, love, against playfulness, against joy, against the whole universe.

But if you become blinded by these conditions, then you will start repressing within yourself any possibility that can make you more lively, more loving, more blissful, more ecstatic. It is a struggle between you and your whole past. The past is long; it has gone to your very roots. But if you are alert enough there is still time to get out of the net, out of the chains of the past.

And the reality consists only of now, the present. It has nothing to do with the past and nothing to do with the future. It is so concentrated in this moment that if you can be in this moment, all that you are seeking and searching will be fulfilled. This moment is the door to the divine. My whole effort here is to pull all my people away from the past and from the future and just make them available to the intense beauty of the present.

Live moment to moment, dropping the past continuously, as dust gathered on the mirror. A man who is contented in the present will never bother about the future. You think about the future because your present is misery; you are in utter agony. To avoid it, not to look at it, you focus on faraway goals. Those goals are never to be fulfilled. You will become addicted with ambitions and goals; but remember, wherever you will be, it will always be present, never future.

Once you have forgotten to live the present you have already died. It is another matter that it may take sixty, seventy or eighty years for you to be buried or burned on a funeral pyre -- but you have died long before. The moment you have lost contact with the present your death has happened. But if you can regain the contact again, resurrection is possible.

Only the present can give you the space to relax and not to force anything. It is the past that gives you ideals, moralities, against nature. You cannot win against nature; it is so big and so huge and you are simply a small dewdrop in the ocean of nature. The dewdrop cannot fight with the ocean. It has just to relax and become one with the ocean. According to me, an authentic sannyasin, a seeker of truth, is a seeker of the present.

You are asking, Navyo, "Why am I forcing situations according to my will?" These are stupid ideas that have been given to you. You don't have any will; the very idea of willpower is absolutely a fallacy. The will belongs to existence. You can participate in that will if you drop your personality, your separation; you will have the universal will within you. You don't have individual wills, but it is ego-satisfying when people tell you that you are a man of great will. What is man? Just a fistful of dust... Yes, something is also present within that dust, but that does not belong to you. That belongs to the total.

Secondly, why are you forcing situations? Have you not seen a river coming from the mountains? It comes from high peaks where the snow has never melted, passing through valleys, passing through unknown territory. Where is the river going? It is utterly relaxed, with no goal to be tense about, nowhere to reach. Each moment it is enjoying the trees it is passing by, the mountains it is descending. And one day, every river without exception reaches the ocean.

But every man is not so fortunate. Most of them get lost in a desert and evaporate on a funeral pyre. Only a few fortunate ones, the blessed ones, reach the ocean. The secret is so simple and so obvious; that's why it misses you. Who are you to force situations? What power have you got to force situations? Situations are coming from existence itself. The wiser course will be to be in accord with them, not in discord. In accord you can ride on those situations; but the moment you start fighting... you are so tiny and the universe is so vast, there is no possibility of any victory. Then frustration sets in. Then misery, agony, suffering follow.

Be just like a white cloud passing in the sky without any desire to reach anywhere. There is no need; you are already there. What more do you want? And if the winds are blowing towards the south, the white cloud goes towards the south. Each moment of floating high above, on the air, in the sky, is such an ecstasy that who cares whether the direction is south or north or east or west? And if suddenly the winds change and they start moving again towards the north, the cloud does not complain; it does not say that this is illogical, "we were going towards the south and suddenly for no reason at all you started moving towards the north again." Without any resistance the cloud simply starts moving with the winds wherever they are going. There is no conflict between the cloud and the wind.

And that should be the right standpoint of all seekers of truth: no conflict with nature, no conflict with existence, and all your misery, all your tension, all your anguish and angst will disappear on their own accord. They are your creation. Of course you are not totally responsible; they are the heritage of a long, ugly, unnatural past.

What kind of situations do you try to change? Love arises in your heart, but the society says that love is blind, beware of it. It is infatuation; it is a kind of slavery and you will repent for it, so it is better from the very beginning not to allow such things. And the head is full of all this kind of morality, puritanism, and you start fighting with your heart.

That is the only hope for man -- to listen to the heart and go along with it. Then your life will become a blissful pilgrimage. All the methods of meditation I teach you... in short, it can be said they are nothing but bringing you from the head to the heart, from logic to love, from ego to egolessness, from your separation to a deep merging and melting with the whole.

Satyam, shivam, sundram.
It is true, it is divine, and it has a beauty that is not of this earth.

Navyo, you are also stating... What I said just yesterday to Shantideva, "Don't ask so many questions, otherwise you will have dengue fever..." You have got dengue fever. You are saying, "I have a feeling that my body makes me aware of it reacting with high fever." It is not high fever, it is simply dengue fever. It will go within two days, so don't be worried. It is bound to happen in this city of Poona, where the mosquitoes must be at least twenty times more than the people -- and not small mosquitoes, Maharashtrian mosquitoes, very stubborn!

I am reminded... I was staying with one of the Buddhist monks, one of the most learned in India, Bikkshu Jagdish Kashyap, in Sarnath. There were so many mosquitoes that even in the daytime we were sitting inside the mosquito net. He would sit in his mosquito net; I would sit in my mosquito net. I asked him, "Jagdish Kashyap, do you know why Buddha never came again to Sarnath? It is a strange thing that Sarnath is the only place where Buddha visited only once and stayed only one day...."

He visited Vaishali twenty times, and hundreds of towns he visited dozens of times. In forty-two years of continuous preaching he was always on the move, but no one has ever wondered in the whole of history, why he did not come to Sarnath again.
Jagdish Kashyap told me, "I am a great scholar of Buddhist scriptures, but I cannot answer your question. How can you find such strange questions?"

I said, "Write down in your scriptures that Buddha never came back to Sarnath because he had no mosquito net!"
And when I came to Poona, I realized the mosquito net is far more necessary in this religious, cultured city. You can see all around -- even in such a hall you have to put up the mosquito netting. I have looked at the mosquitoes; they are bigger than the mosquitoes of Sarnath. Don't be worried about the dengue fever, it will go. 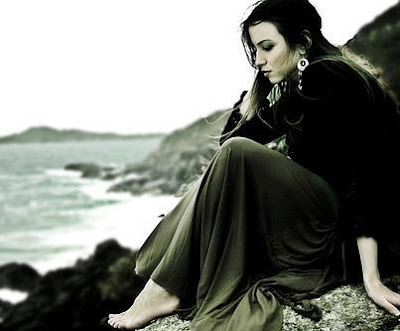